The Haryana government on Saturday decided to increase the floor area ratio (FAR) of individual residential plots in private colonies from 1.98 to 2.64.

The policy will help thousands of plot holders in private colonies, who had been seeking revision of the FAR norms, to allow them to make additional constructions on the same plot.

Officials of the department of town and country planning (DTCP), however, said that the plot owners will have to purchase the additional FAR, and the revenue generated through these purchases would be used to augment the infrastructure of private colonies.

FAR is the ratio of a building’s total floor area to the size of the plot upon which it is built. It decides the amount of construction that can be carried out on a plot and increase in this limit, allows increased construction.

“It has been decided to increase the FAR in private colonies, but this will have to be purchased. We will use the revenue for building infrastructure. The ground coverage has been kept the same,” said KM Pandurang, director, town and country planning department.

Pandurang, however, maintained that although FAR has been increased, it does not mean that building plan violations would be condoned. “Strict action will be taken against violators,” he said.

Earlier on Wednesday, the Haryana chief minister Manohar Lal Khattar had announced that the government will take around town months to make a decision on this matter, after a group of plot owners and builders had called upon him with this demand. The decision to increase the FAR has been welcomed by plot owners who described this decision as nothing less than a celebration.

The homebuyers and plot owners were seeking relief because of the strict action being initiated by the DTCP in the city over last six months, due to which over 200 occupation certificates issued to private houses have been cancelled.

DTCP officials said that those house owners who have already constructed houses, in violation of older norms, can also purchase FAR. 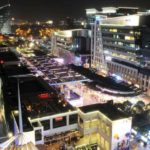